FROM NERDWALLET.COM: Mortgage rates will remain low in 2020, affordable homes for sale will remain scarce, and boomers will remain in their homes and build equity that they won’t borrow from. But not everything in 2020 will be a continuation of 2019: People shopping for FHA loans might find more lenders competing for their business, and change is coming in the timeworn ways that homes are bought and sold.

In most places, it will still be a seller’s market in 2020, and first-time home buyers will especially be at a disadvantage because there aren’t enough starter homes to go around.

NerdWallet has identified the following 10 housing and mortgage trends to watch for in 2020.

Mortgage rates are expected to remain around the same low levels through 2020 as they spent the last half of 2019, when they averaged about 4% APR, according to NerdWallet’s daily survey of national mortgage lenders.

Fannie Mae, Freddie Mac, the Mortgage Bankers Association and the National Association of Realtors all predict that mortgage rates will end 2020 within a quarter of a percentage point higher or lower of where they end 2019.

Forecasters expect inflation to remain mild, trade tensions to ease and the Federal Reserve to cut short-term rates once or twice. In short, they expect the economy to sail through relatively smooth waters in 2020, despite it being an election year, and that’s why they don’t expect much movement in mortgage rates. 2. It will be hard to find homes to buy

Home buyers face a shortage of homes for sale, and the low inventory is expected to continue through 2020 and beyond.

“Inventory could reach a historic low as a steady flow of demand, especially for entry-level homes, and declining seller sentiment combine to keep a lid on sale transactions,” according to Realtor.com’s 2020 forecast.

Not enough homes are being built to house young adults who grow up and want to move out on their own. A little over 2 million households were expected to form in 2018, according to the Census Bureau. Yet builders began construction on just 1.25 million housing units that year, and a lot of them aren’t priced to be the starter homes that first-time buyers want.

3. Lack of affordability will hold back home sales

The problem isn’t only a shortage of homes for sale — it’s also a lack of affordable homes for sale. Potential buyers outnumber sellers of homes costing $150,000 to $400,000, says Mark Boud, of Metrostudy. The opposite is true for homes costing $500,000 or more. For homes in the $400,000s, supply roughly equals demand.

The home affordability crunch has sidelined first-time home buyers. First-timers accounted for 33% of home buyers in 2018 and 2019, well below the historical average of 39% since 1981, according to the National Association of Realtors. Laurence Yun, NAR’s chief economist, expects an increase in home sales in 2020, but not because of a big supply of low-priced homes. Rather, sales will increase because of low mortgage rates and rising incomes, he says.

As the climate heats up, are ocean levels rising? Scientists say they are and that rising seas endanger coastal real estate with storm surges and “nuisance flooding” of streets, sidewalks and buildings.

Not everyone believes ocean levels are rising. There’s evidence that nonbelievers are willing to pay more for beach houses. A paper titled “Does Climate Change Affect Real Estate Prices? Only If You Believe In It,” by researchers at the University of British Columbia and University of Chicago, says that, all other things being equal, prices for vulnerable U.S. homes are 7% higher in “climate denier neighborhoods” than in “believer neighborhoods.”

The researchers add that “our analysis is agnostic about whether it is believers who overreact or deniers who underreact to long-run risks of climate change.” Either way, the research might be reassuring news to sellers in denier neighborhoods and buyers in believer neighborhoods.

You’d think that a shortage of homes for sale would bring on the bidding wars, right? But buyers stopped playing that game in fall 2019 — the season when sales typically cool off.

“Nationally, just 10 percent of offers written by Redfin agents on behalf of their homebuying customers faced a bidding war in October, down from 39 percent a year earlier and now at a 10-year low,” the national real estate brokerage says.

But Redfin’s chief economist, Daryl Fairweather, expects bidding wars to break out more often in 2020: Inventory is low, and so are mortgage rates, which boosts affordability and brings out more buyers. “All of the pieces are in place for bidding wars to become more common and for the housing market to shift back toward the seller’s favor next year,” she says. 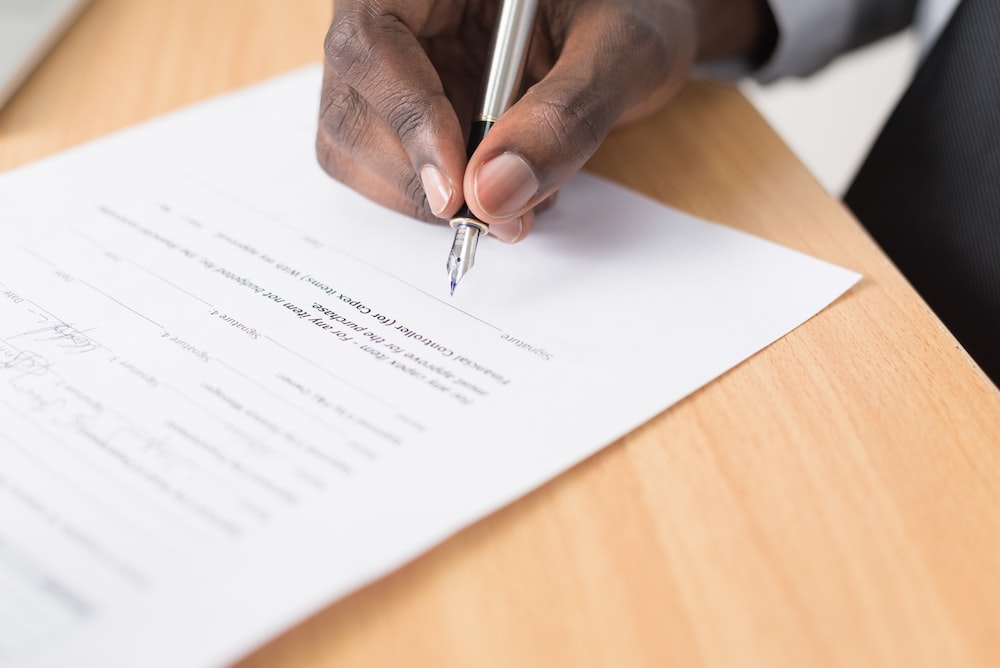 6. Borrowers might find a broader selection of FHA lenders

Big banks cut back on underwriting FHA loans over the past few years because of a perception that the federal government punished banks severely when they made errors. Nonbank lenders stepped in to fill the FHA loan gap. But to encourage big banks to resume FHA lending and provide competition, the departments of Justice and Housing and Urban Development have announced that they will “ensure that the severity of certain violations is matched with the appropriate remedy.”

If big banks jump back into FHA lending with both feet, as the feds intend, then borrowers could end up benefiting from lower costs and better service brought on by more competition.

7. Homeowners will stay, not sell

Americans aren’t as restless as they used to be. Typical homeowners have had their homes for 13 years, according to Redfin. In 2010, typical owners had been in their homes for eight years.

The National Association of Realtors has noted the trend, too. “People used to move every six to seven years because of a change in life” such as having children and needing a bigger home, or getting a new job, says Jessica Lautz, vice president of demographics and behavioral insights for NAR.

But fewer people are citing those urgent reasons to move. In 2019, the most commonly cited reason for selling a home was to move closer to friends and family, a NAR survey found. It’s easy to conclude that if that’s the top reason for moving, people may not be in as big of a hurry to make it happen.

Boomers, especially, are staying put, so millennials will buy their first homes from Gen Xers who move up, according to Realtor.com’s forecast.

8. Homeowners sit on their equity

American homeowners had $19.7 trillion in equity in the middle of 2019, the highest figure ever, according to research from the Urban Institute’s Housing Finance Policy Center. In fact, Americans doubled their home equity from 2011 to 2019. They accomplished it the old-fashioned ways: By paying their mortgages over time, and by not cashing in their equity.

Home equity lines of credit, a once-popular way to borrow from equity, have been fading since 2008, as people have repaid their balances faster than they’ve borrowed.

Another way of extracting equity, the cash-out refinance, remains popular. More than half of refinances in 2019 were cash-out refis. Cash-out refinancers extracted about $20 billion in equity in 2019, compared to more than $80 billion at its peak in 2006, according to the Urban Institute, which takes this as a sign that lenders and borrowers are taking fewer risks than they did before the housing crisis.

An iBuyer is a company that lets you request an automated offer on your house. If the iBuyer makes an offer and you accept it, the company buys the house, fixes it up and sells it — on your schedule. You don’t have to clean up and clear out for buyer showings. You pick a closing date that matches up with the purchase of your next home.

The best-known iBuyers are Opendoor (the pioneer), Zillow Offers, Offerpad and RedfinNow. The companies operate in a limited number of markets, but they are expanding into new places, and they are expected to keep growing. 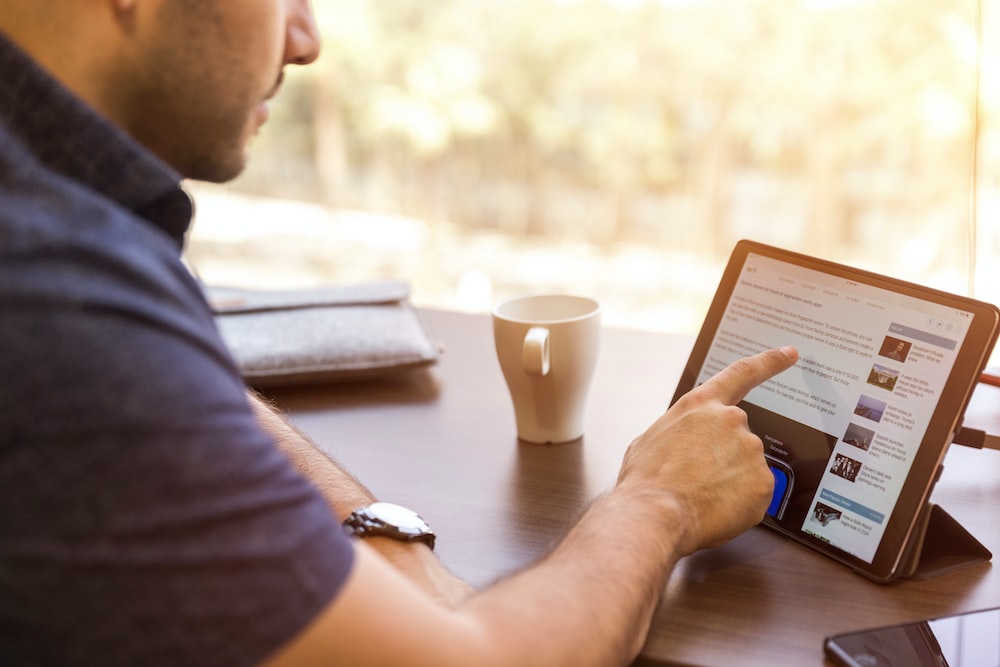 10. Wars over the MLS system could change home-selling

The real estate industry faces challenges that could upend the way homes are marketed.

One threat comes in an antitrust investigation by the Justice Department, which wants to know whether local Multiple Listing Services allow buyer’s agents to filter listings by commissions. If so, agents would be able to hide listings from you if, in your agent’s opinion, they offer commissions that are too low.

Another threat comes via class-action antitrust lawsuits that accuse large brokerages and the National Association of Realtors of forcing sellers to pay inflated commissions to buyers agents.

REX avoids listing homes on the MLS altogether. Meanwhile, there has been a trend in which local brokerages have listed homes on their websites but have withheld them from the MLS. In November 2019, NAR adopted a rule requiring homes to be listed on the local MLS within a day of being marketed elsewhere. These moves and countermoves are likely to continue into 2020 and future years.

WRITTEN BY HOLDEN LEWIS FOR NERDWALLET,COM